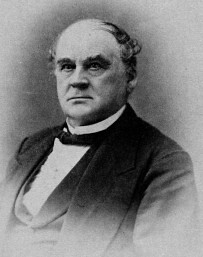 The Cunneen-Hackett Arts Center, located at 9 and 12 Vassar Street in the historic Mill Street-North Clover District in Poughkeepsie, New York, is a 501c3 non-profit organization that has served as a home base for many professional and community artists and educators in theatre, music, dance, and visual arts since 1981. Both of our Victorian-age Italianate buildings have been listed on the National Historic Registry since 1972 and were underwritten in the late

19th century by brothers and humanitarians John Guy Vassar, Jr. and Matthew Vassar, Jr., nephews of Matthew Vassar, founder of Vassar College.  In an average year, we curate 16 art exhibitions, lease our VBI Theater and Grand Parlor to 25 to 30 organizations/individuals for various productions and presentations, and collaborate with local civic-minded groups and government institutions on numerous culturally enriching programs that are held on our premises.       We also offer office, meeting, and performance rental space to individuals, businesses, schools, colleges, government entities, and non-profit organizations. 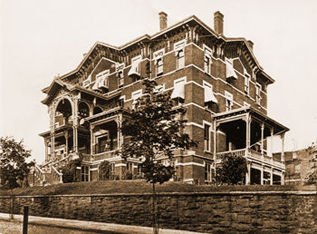 The historic significance of how and where the Cunneen-Hackett Arts Center was formed directly impacts the way in which we strive to remain true to our continuing mission of fostering a culturally diverse community through artistic and educational means, and be a vibrant holistic resource and multi-use facility.  The 9 Vassar Street building which currently houses our administrative office, Grand Parlor, Hallway Art Gallery, conference room and 22 office space rental units, was completed in 1880 and opened in 1881 as the Vassar Home for Aged Men operating as such from 1881 to 1975.  In 1975, the Vassar Home for Aged Men moved from 9 Vassar Street and expanded its services at another location to include both male and female residents. 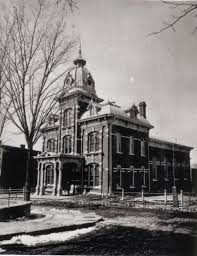 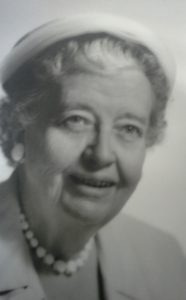 In 1977, the Vassar Brothers Institute outgrew the 12 Vassar Street building and implemented their programming elsewhere.  Both buildings fell into disrepair after being vacated but were ultimately purchased by the Area Fund of Dutchess County.  Civic Properties, who managed the buildings on behalf of the Area Fund, rallied the community to find the funding to begin restorations.  The Charlotte Cunneen Hackett Charitable Trust provided the necessary “seed money” for restoration of both buildings and additional startup expenses.  To honor the Trust’s founder, the late Charlotte Cunneen Hackett and her husband, the late John Mulford Hackett, both of whom were prominent philanthropic Poughkeepsie attorneys, the organization was named the Cunneen-Hackett Arts Center.

The Cunneen-Hackett Arts Center self-produces an array of special fundraising events a year with the annual Magnolia Party being the most popular and historically noteworthy. Held in the spring, the Magnolia Party marks the memorable occasion in April of 1865 when Matthew Vassar cut a flowering branch of the Magnolia Tree at 9 Vassar Street and laid it atop President Abraham Lincoln’s coffin as his funeral train stopped at the Poughkeepsie Train Station.  That Magnolia Tree, nearly 155 years old, still graces the grounds of the Cunneen-Hackett Arts Center and blooms every spring just in time for the Magnolia Party.